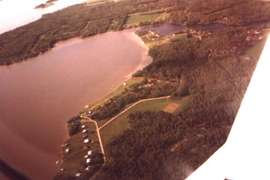 Youth for Christ’s camping program reaches back to the 1970′s when Youth for Christ/ Winnipeg operated a camp on an island in Echo Bay, Lake of the Woods. It became evident however that the site had two major drawbacks. It was too small, and accessibility was always a question because it was five miles by water from the mainland. The board of directors set out to find a new location.

In 1979 they signed a lease with the Manitoba government for a 35 acre site on Pinawa Bay, Lac du Bonnet. After an architect and Youth for Christ staff came up with a design, things were ready to roll. The board of directors established a very wise policy at the time. They said we will only go ahead as God provides the money, the material, and the people. Every nickel spent had to be raised ahead of time so that there would never be any debt hanging over our heads. Day by day God provided and the lodge took shape. The camp was eventually named Cedarwood because the lodge was finished completely in cedar. 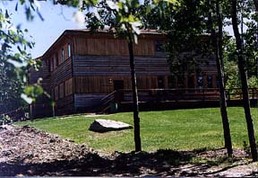 Summer 1984 was Cedarwood’s first summer of operation under the leadership of Bruce and Carolyn Hindmarsh. Over 180 campers were involved over the summer, expanding to 300 in 1985. In 1987 Tim Plett assumed the role of full time camp director as Bruce and Carolyn left to continue their studies. Tim and Corrine Plett would go on to provide much of the vision and direction that has made Cedarwood what it is today and continued with Cedarwood until the fall of 1996. 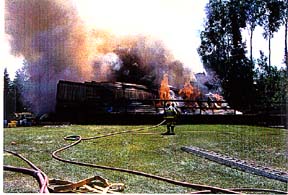 On Thursday, June 23, 1994, tragedy struck Cedarwood. In the middle of a camp expansion project aimed at significantly increasing our camper capacity, a construction accident started a fire which burned our lodge to the ground. No one was injured in the fire, but the entire building and contents were lost. God provided in astounding ways, and with the exception of the first week, a full summer of camping happened out of a temporary facility. 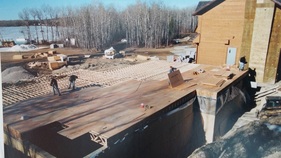 Rebuilding began in full force in the fall with the summer of 1995 seeing the first phase of the new facility in use and in 1996 Phase 2. A third stage, including new recreation facilities and housing for year-round staff, was completed in 2002. 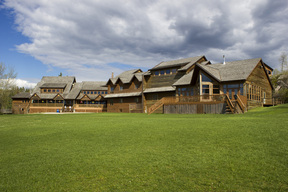 From 2001-2004 Cedarwood operated under the direction of Daren and Renae Redekopp, and from 2005-2008 under the direction of Mark and Tatiana Penner.  Since the Penner’s departure in Spring 2009, Cedarwood has been led by Brennan Cattani along with his wife Rhonda until 2017. In January of 2017 Alexander Wiebe and Sarah Wolfe began serving as the Summer Co-Directors. Kim Fast moved into her position as the Cedarwood Director in January 2019. In the fall of 2019 Dylan Brauner moved into the Summer Ministry Director position and Sarah Wolfe transitioned to become the Discipleship Coordinator for The Branch.